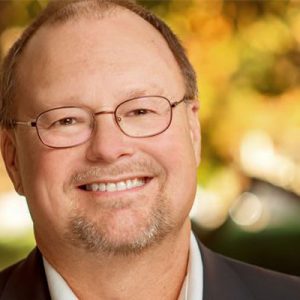 Steve Blanchard serves as Associate Pastor for Compassion at First Baptist. This area of life and ministry simply focuses on using where we are in life to help meet others where they are, as they are. He has overseen the growth of the Compassion Ministry into more than 30 different ministries that reach out to the City of Richmond, and throughout the United States and in more than 15 countries. Some of these include a shower ministry for the homeless, a mobile ministry that ministers to people on the street, community partnerships with other churches and agencies, and international partnerships with churches on five continents.

Steve is a graduate of Emmanuel College in Franklin Springs, Georgia where he received a B.A. in Pastoral Ministries. He has a Master of Divinity from Union Theological Seminary and a Master of Arts in Christian Education from the Presbyterian School of Christian Education. Prior to joining the staff of First Baptist in 1997, Steve was Director of Youth and Children at St. Luke’s United Methodist Church in Danville, Virginia (1989-1993), and the Director of Christian Education at First United Methodist Church in Siler City, NC (1986-1988). He has also served part-time with congregations in Athens, Georgia; Ashland, Virginia and Ruther Glen, Virginia.

Steve is a native of Siler City, North Carolina. He loves football, basketball, and many other sports, especially when the Duke Blue Devils have a team involved. Steve and his wife, Susan, have two daughters, Molly and Menley, who are on top of his list of greatest joys and passions.