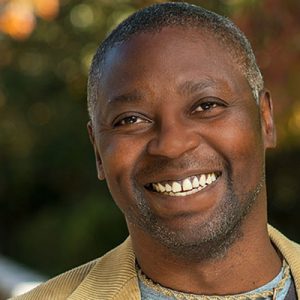 Michael Lacy was born in Savannah, GA, but because of his parent’s military career, he spent most of his youth and early adulthood living in various states and countries. He spent four years in the United States Marine Corp and then worked for the government as a civilian, as a youth counselor, a department store manager and most recently for a small family owned business. He is married to Shawnae, and they have two boys, Darius and Justin and are in the process of adopting two more children, Tia and Leo. Michael was ordained as a deacon at First Baptist in January 2015 and has volunteered with the Youth Ministry as a teacher and a leader since joining the church in 2010. During football season, you will find him and little Leo cheering on their favorite team, the Washington Redskins.